Conduktor does NOT change offsets of any Consumer Groups when consuming data, it does not need too. Therefore, it's totally transparent for your Kafka cluster: Conduktor won't leave any traces and will not create anything here, you're safe.

How can I create a Consumer Group?​

TLDR: you can, but you don't need to.

Conduktor can be used to create a new Consumer Group, by selecting either one or multiple topics from the main Topics view and using the action to create a consumer group. It can be customized by setting the initial offsets for the selected topic(s) to either Earliest of Latest. This feature should be used only in corner-cases where you require to configure a pre-existing Consumer Group for your application.

For any other functionality, Conduktor does not create any Consumer Groups. Ideally, the Consumer Group should be created by your applications, to be used by themselves.

How to delete a Consumer Group?​

How to Reset the Offsets of a Consumer Group?​ 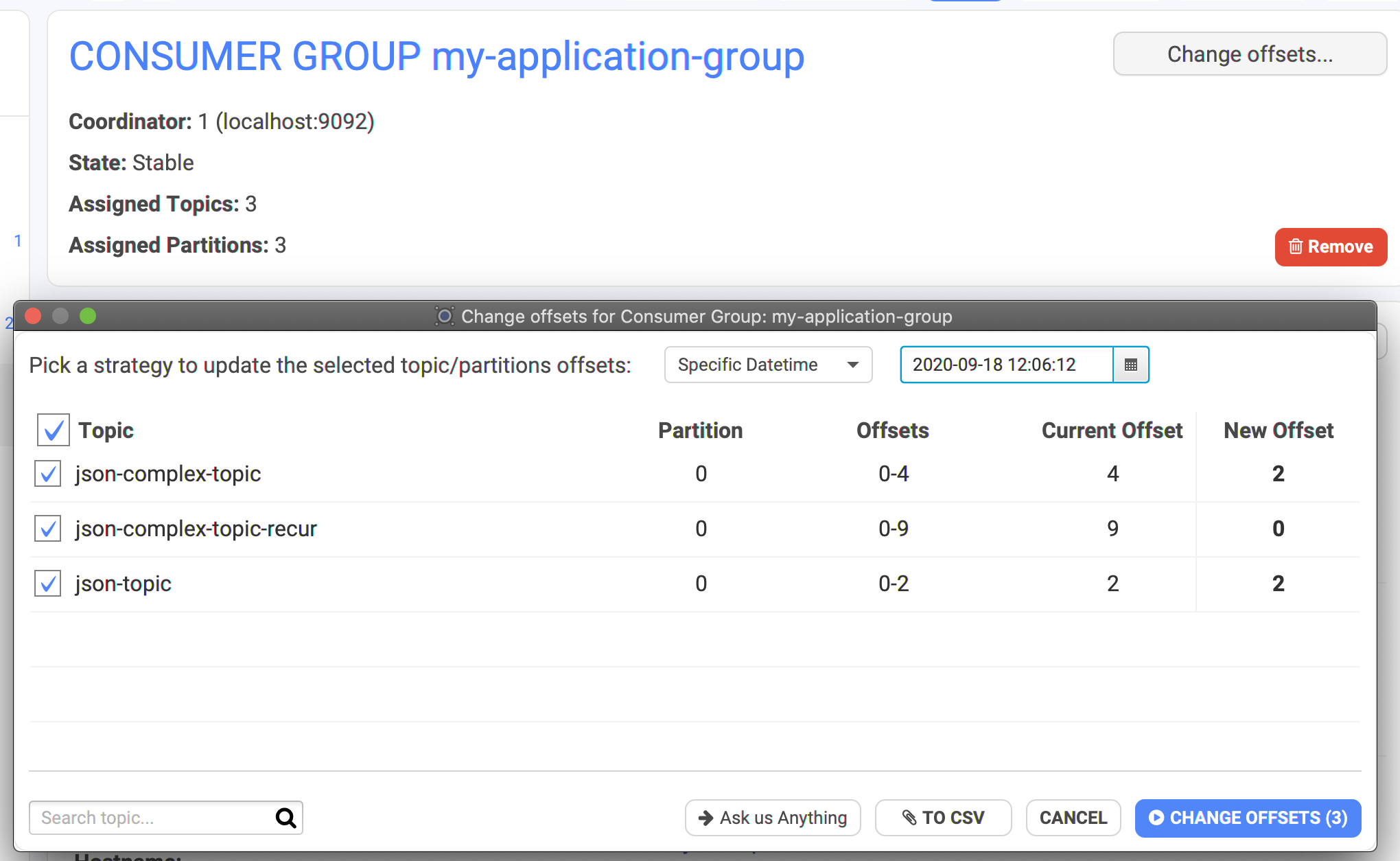 How can I track the lag of my Consumer Group and my topics?​

Getting the lag for a Consumer Group​

The global view of the Consumers shows the overall lag of your consumer groups. It is the sum of the lag for all topic-partitions the consumer group is subscribing to. When it's empty, it means there is no lag, and it's a good news!

Getting the lag per partition​

You can also see the details per partitions in the details. Note that a consumer group can subscribe to multiple topics, like we can see below.

How to force a Member to leave a Consumer Group​

However, Conduktor allows you to remove members from a group, which will have for effect to trigger a group rebalance. This is helpful if a member is dead, but its partitions are not yet reallocated to another member. Active members will re-join the group automatically during the rebalance and the partitions will be reassigned.

There are two ways to remove members from a consumer group:

Designed to be used with the static group membership feature, an Apache Kafka Consumer feature. It delays rebalancing operations when a member is temporary gone (pod restart, rolling upgrade..) to prevent useless rebalancing.

BUT now, the consumer group coordinator can take time to realize a static member is gone, so forcing a kick here will help trigger rebalancing as soon as possible, to reassign partitions to other members.